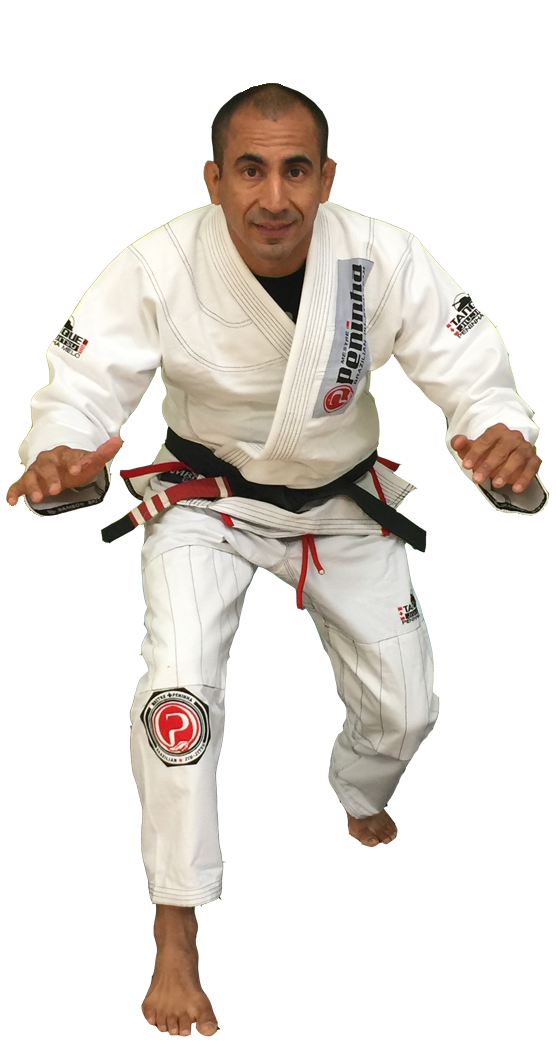 Born in the Brazilian Amazon, Peninha Melo has earned his fame in the Brazilian martial arts practice and is known as an accomplished musician with over 28 years of experience in Brazil and throughout North America. Peninha grew up in Brazil’s capital, Brasília, where he started Jiu-Jitsu in 1991 in addition to his martial arts training (Capoeira), which he had been practicing since 1984. Peninha is part of the Tanque Brasília team, founded in Brasília in 1990 by Mestre Ricardo Tanque (5th dan black belt). Ricardo Tanque was a student of Mestre Fabricio Martins and Osvaldo Alves of Rio de Janeiro, a living legend of Brazilian Jiu-Jitsu. Peninha Melo has been a champion in several national level competitions, 5 times champion of Brasília and submission submission champion in Brazil, champion New York, Montreal and Toronto open 2014 and 2015. In 2004, Peninha opened a branch of the Tanque team in the city of Montreal, Canada, to share his experience and knowledge with all those who wanted to invest in this marvelous and effective martial art that is Jiu Brazilian Jitsu. Peninha Melo earned his Black Belt and Brazilian Jiu-Jitsu Professor title in 2007. He is now a 3rd dan black belt.